To be truthful it’s been very hard to put into words the transition of Europe to North America, so apologies for the delay, and enjoy this rambling read…
As a Brit moving to Canada didn’t seem that much of a move from the U.K. Oh how I was proven wrong. Of course the normal things of knowing that the British accent is loved were expected but a few things have thrown me slightly.

The best way to describe Ottawa is that someone has taken my memories of England and France and shifted them to the left a couple of inches. Pieces of Architecture from both cultures entwined with the modern city scape make living here easier than I expected.

Unlike the conventional language barriers that are common in Europe, the Canadian Language barrier is more like a language hurdle that you can definitely have a laugh about. My usual experience with language barriers is with the complete inability to understand the noises someone is making. Over here it is as if someone wanted to make life more interesting and  just took a few words in the dictionary and switched the definitions and watch the chaos unfurl. As a Brit you could imagine my horror when I was told to come into work with no pants, as pants in Britain are underpants, not what the North Americans refer to as trousers. Again just small changes of words from mobile to cell, pavement to sidewalk and my favorite, courgette to zucchini. One of my favourite phrases of the UKadian night out that I definitely know not to ask is “Can I bum a fag?” This harmless whimsical slang of politely asking to borrow a smoke can be considered  as a bit unruly and may be seen as homophobic and not politically correct.  Many of my british english speaking friends also have encountered awkward language borders, a fun favorite is during classes; “Can I borrow a rubber?” which of course makes sense. a rubber to rub out your pencil. But alas, this does mean condom in the North Americas hence the perplexity and shock one receives from this statement.

“That’s a great British accent you have, how long have you been practicing?”
Oh my dear, if you didn’t figure out I was British from my accent I think we have an issue. My accent accentuates every little consonant to the extent that you may start to feel sorry for the letters being attacked and I have a habit of elision. However I have noticed something horrifying in the way I talk now that would make any elocution teacher shiver. My British Ts have digressed into Ds. (Send BBC Radio 4 care packages.)

But I notice some words I say are definitely different to the majority of people around me.(*Trigger Warning*)
Here is a list of words that I shall no longer say in fear of my own sanity, well being and integrity:

One day we will be able to talk about you again. 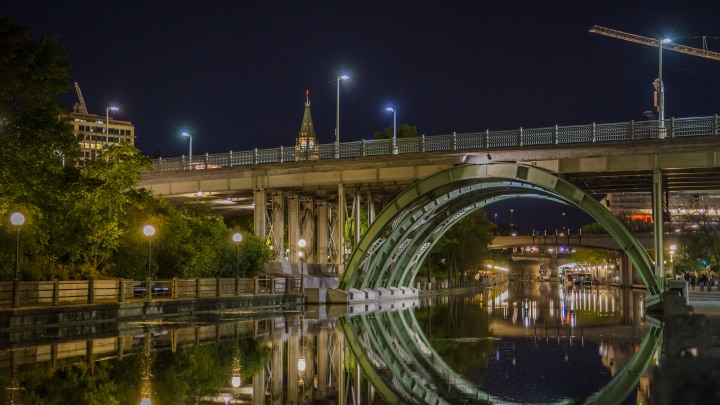 Shops are shops wherever you go, like you can buy your groceries in shops and markets all over the world and there is not much of  difference as the idea is ubiquitous. But lets look at our friend Ontario the province that I find myself in. Alcohol is not necessarily sold in supermarkets. There is no chance of going to the corner store to score yourself a bevvy. After living in Wales for the last 4ish years it is a bit of a surprise when you have to plan a trek to the local beer store or LCBO to buy the booze and not just pop down the road to replenish your liquor stocks. Okay, I see the pros for the government of monitoring alcoholism and things but also where is the equivalent meal for one deal you can get from M&S with microwave dauphinois potatoes and a bottle of prosecco?! I don’t think Canada has a M&S or Waitrose equivalent. (Why am I here again?!)

Lets move onto the purchasing of your groceries. I’m not sure If I am just an awkward or a rude person but in my experience of the Great British Shop, you don’t communicate unless its essential. This goes for retail and restaurants as well; there is no idle chatter. In my Canadian experience,  around 98% of the time, no matter the establishment, you’ll get someone saying “Hi” and engaging in conversation. *Panic stations* There is no way I would be prepared for this in the U.K. and usually would result in my abrupt walk away as it is an unspoken rule that this interaction is frowned upon in British society.

I would love to say Pubs are Pubs wherever you go. However, this would be a lie. Although, A bar is a bar wherever you go. If something claims to be a pub outside of Europe then I be prepared to have your idea of pub reformatted. Pubs are restaurants, and everything is on a tab. Pubs serve food always. And you usually pay at the table at the end of the night. And you tip. You tip a lot. That’s all I’m going to say about that.

The City, The Town and Suburbia

I can’t really compare cities across the world only ones I’ve been to, so the majority European, the likes of London, Birmingham, Edinburgh, Cardiff, Paris, Lyon, Caen, Geneva, Salzburg, Riga, Brussels, Eindhoven and many other European Cities, and of course a smattering of cities in North America. And there is definitely a stark contrast between European Cityscape and North American.
I can’t say I hate the differences as they are just that different.

North American cities and towns seem to operate on a grid system. This is super handy to navigate and get around. It makes sense. The roads don’t have weird windy one way systems that make you want to drive off a bridge or lead you to somewhere miles away from where you need to be. The newer towns and cities seem to understand that roadways and sidewalks need to be wider for the regulation of road and foot traffic so there isn’t fear of death. *cough oxford street*.
However. There is a significant road feature that I miss. The humble roundabout. Europeans love it, the Americans don’t know how to use it, the roundabout wins hearts and eases traffic. Okay the last one was a lie, lets look at Milton Keynes and Swindon here for killing the roundabout. Yes, the roundabout is not a feature commonly use in Canada and well, it’s not exactly needed as most interactions are one road crossing another, not a knotty mess of 6+ plus roads crossing each other that seems to be a recurring feature throughout the European countries.

Onto the Suburbs. The place for commuting? I’m not quite sure why suburbs exist and how they exist and quite frankly they frighten me. Subdivisions are like council house estates in the UKadia but they seem to lack the integrated public conveniences and park space, just a twisted residential lattice with shopping centres located around it. It is definitely something I have not come across before in the Europes and something I’m not keen on trying out. I think I’ve watched too many suburban horror films.

That’s what I make of my moving experience so far – Thanks for the read, leave me a star, a comment or a share and I’ll repay the favour.

I can't get over how good Crack looks here ❤️
Throwback to when it wasn't raining and Louis du Ry showing off in the field! Featuring his mother Go Blesse showing us some excellent moves.
Louis du Ry is such a good looking little chap. I think he knows it too...